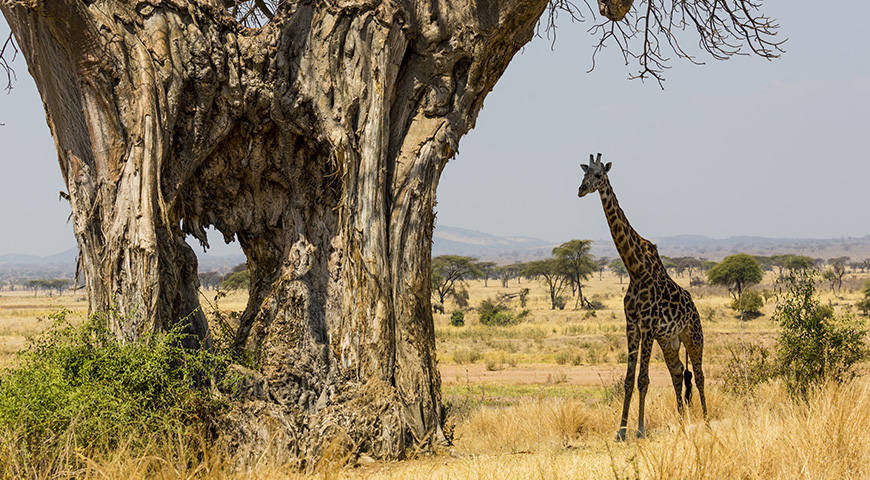 Although off the beaten track, the western circuit offers visitor an incredible glimpse of Tanzania at its best. Chimpanzee trekking is the wildlife experience of a lifetime, and those who return from their safari wonder at the up-close experience.  The often neglected shores of Lake Victoria are also a pleasant retreat from the safari circuit and offer boating, fishing, and hiking excursions for visitors who are not content to admire the scenery. The western Circuit consists of Gombe, Rubondo, Saanane, Katavi, and Mahale Mountains National Parks.

Located in the heart of the country, Ruaha is the 'other park' on the Southern circuit.  Ruaha's relative inaccessibility has resulted in a park that takes far fewer tourists than the Selous and far fewer than any park in the Northern circuit.  The rewards of travelling this far are a wild landscape with baobab studded hills and rocky escarpments, playing host to excellent levels of game including superb predator concentrations, huge elephant and buffalo herds and a cross over of game from southern and Eastern Africa.

Located in the far West of the country, Katavi is a safari park for the safari enthusiast.  Often combined with nearby Mahale, Katavi it’s a park that receives very few travellers due to its inaccessibility and subsequent expensive cost of flights.  The reward of spending the time and money to get here, however, is one of the last places in Africa that can take you back to bygone era; Katavi is nothing short of magical.  Huge herds of buffalo and vast lion prides duel daily, whilst hippos and crocodiles gather in pods and nests not found anywhere else in Africa.  The park is truly wild with very few camps and very few visitors.  Many safari connoisseurs would argue that this is the quintessential safari park; we certainly believe it to be the countries best kept secret.